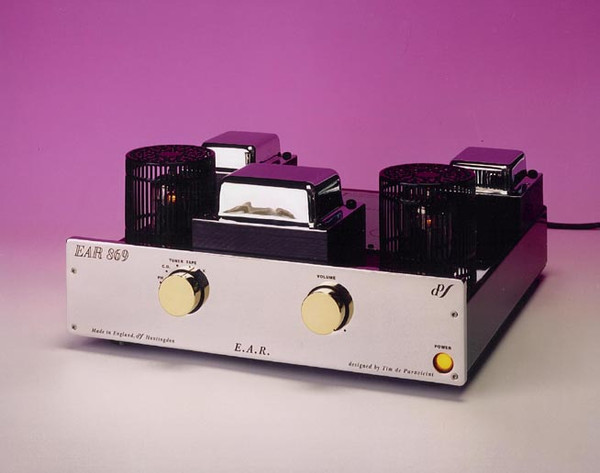 When it was launched in the early 1990s originally as a kit offered through Hi-Fi News magazine and subsequently as a regular EAR product the EAR 859 integrated amplifier caused quite a stir. Why? Because it was designed by Tim de Paravicini the man who almost single-handedly started the so-called valve renaissance in England. After over a decades successful production of resolutely push-pull amplifiers (principally the noted 509 519 and 549 models) the 859 was Tims reaction to the developing trend towards low-power single-ended triode amps his statement that: Yes of course I can do that and I do something a bit different at the same time.