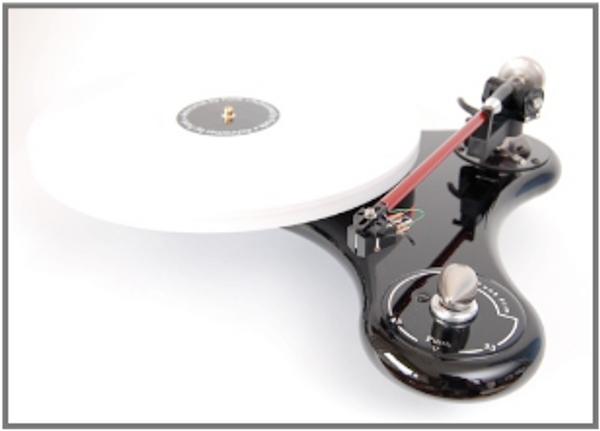 Funk’s Vector has been winning awards since it was launched back in 2005.

Radical and organically styled it immediately captures attention and ongoing development and refinement has produced Vector 3.


• The very name Funk “Vector” gives away the first feature: Funk’s famous three pulley Vector Drive system, which balances the drive. The bearing is no longer pulled hard in just one direction. This produces less work for the motor the current delivery is smoother - a more even turning of the platter. When you listen to a Funk Vector 3, there is a delightful sense of “rightness” and ease to the music as compared to a deck without Vector Drive.
• The motor and power supply are now derived from K-Drive.
• Achromat, HiFi Choice’s Gold award winner for disc support is used here in Achroplat II with a new smooth silky finish.
• The fine jewelled bearing is found in only the highest end turntables. Optically polished and silky smooth, it will comfortably outlive the life of the turntable (and you!).
• To complement Vector 3, the standard recommended arm is our award winning FXR II (pat pend).

Feature laden, it is easy to see that Funk Vector 3 really is serious about fun. Funk Vector 3 is clearly a superbly engineered Giant Killer of a design.

Rebuilt Troika Cartridge. the most famous Linn cartridge of all time!