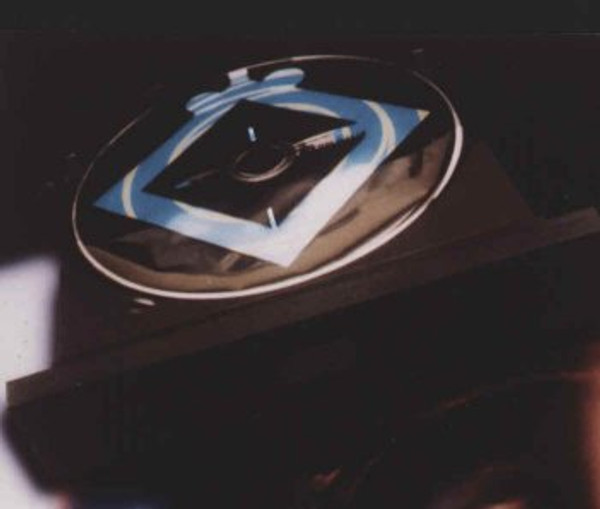 STATMAT CDi PLUS is the latest STATMAT for CD, DVD, SACD and CD-ROM players

It is another single film version of the standard STATMAT MkII CDi but has a re-peelable adhesive collar around the centre hole on the underside of the film.

PLUS is ideally suited to CD, DVD, SACD and CD-ROM players that use drawer-loading mechanisms, but is equally as effective with other types of players. Accordingly, all references below to CD also include DVD, SACD, CD-ROM and all other digital disc formats of the same shape and size.

As with other CD STATMATS, STATMAT PLUS still cannot be used with most multi-play CD players, nor with most in-car CD players.

The re-peelable adhesive collar around the centre hole on the underside of the film provides fixed contact with the CD. This results in the Statmat film staying firmly in position during play and, with drawer-loading mechanisms, still staying in place on the CD as the tray opens and closes. This is an important part of the design, as its purpose is to re-assure users that the STATMAT will stay with the CD at all times and will not become detached whilst in the player.

After play, the film lifts off the CD with ease, for re-use with the next CD. As with other STATMATS, STATMAT PLUS can also improve the picture for home cinema systems.

Obviously, it is important to handle STATMAT PLUS with care to ensure that fluff, hairs, etc., do not come into contact with the adhesive collar, as otherwise it may no longer adhere to the disc. For storage, shiny release liners are provided to protect the adhesive collar.

A special exchange price is available on the next STATMAT PLUS for when the adhesive collar is no longer effective.

Whilst sound quality using PLUS is superior to that of the standard STATMAT MkII CDi, the CDi Blue remains the leading performer in this field.

Exchange any version of the Statmat to a Statmat CDi Plus