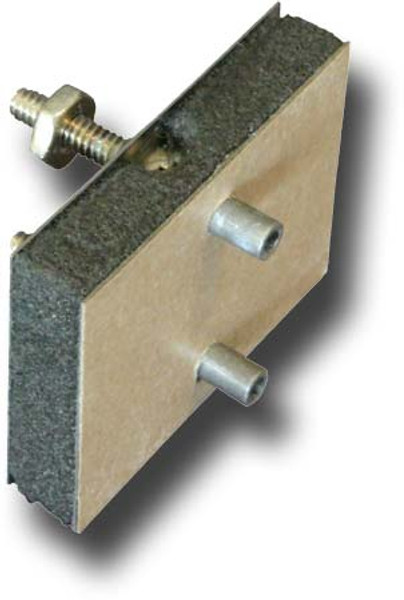 The isolator is, in effect, a two way filter. Its purpose is to break the mechanical feedback loop that is made as soon as the stylus touches the record.
In tests, the isolator has been shown to reduce the noise floor level by 3dB (a cut of 50%). This reduction allows far more low level information into the audio picture, improving sound stage, imaging and resolution, not to mention the overall timbre of instruments.

The isolator has attracted praise in the Hi Fi press, in spite of the generally accepted philosophy about cartridge mounting being the complete opposite of that which its use advocates.

The Isolator will make a good arm a great arm, but it will not make a poor arm a good one.

"A significant improvement - without question".

"...scoring 10/10 on the weirdness meter, and slaughtering a whole herd of 'sacred cows', the Isolator joins the select band of tweaks that work".

3 x Sorbothane Isolation Feet for Between 9kg to 12kg

Rebuilt Troika Cartridge. Back in stock, the most famous linn cartridge of all time!